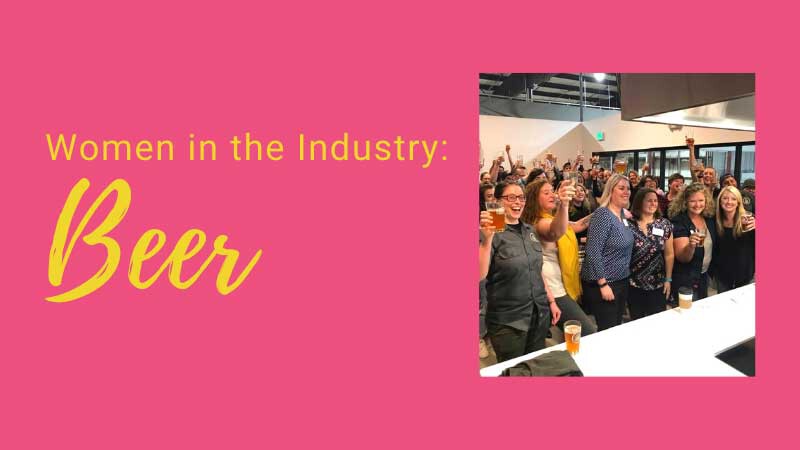 Women in the Industry: Beer

Last Fall, I was asked to sit on a panel to discuss Women’s Role in the local Beer Scene during Louisville Beer Week. I was excited and honored to be included with a group of women that I really admired. Fellow panelist included Tisha Gainey, Co-Founder of Tailspin Ale Fest, Kristy Holsopple, owner of Holsopple Brewing, Amelia Pillow, Founder and Brewmaster of the upcoming Shippingport Brewing Co. and former Brewer at Against the Grain, and Maggie Bray, Brewer at Wild Hops Brewery. I had just returned from a Brewery Tour across Europe and I was pumped to celebrate our local scene with a new, international perspective. We hear about Bourbonism a lot around here, but Louisville and Lexington are quickly becoming destination cities for those seeking out top notch breweries and these women are doing a lot to make that happen.

My enthusiasm and excitement for the event quickly turned into anxiety and fear. What would I do if I didn’t know the answer to a question? Would I stutter and fall all over my words? Would there be a heckler in the crowd who wanted to make a point that we had no place discussing such a male dominated industry? My point for exposing my insecurities in this blog is to highlight that once I arrived at the panel, my fears where quickly relieved once surrounded by such a collaborative and supportive community. In addition to the incredible women on the panel, there were many friendly and familiar faces in the crowd. Leah Dienes, co-owner and head Brewer at Apocalypse Brew Works was there to show her support, Amy Price of West Sixth Brewery, Brittney Donahue of New Belgium Brewing, and many representatives of Girls Pint Out were sitting in the front row giving encouragement. My experience as a woman in the beer industry has been that this is a place that encourages collaboration, new ideas, and inclusivity from both men and women. This night highlighted all of that for me. It was incredible to celebrate the contributions of the women in our thriving community and hear their perspectives. It was uplifting to have so many of the men in our beer community show up to celebrate these contributions as well.

My hope is that women will continue to grow in this community. I hope that others will feel supported and heard and not let their insecurities hold them back. It can be scary to be a minority in any setting, but there is a place for you here and I am proud to be a part of that industry.