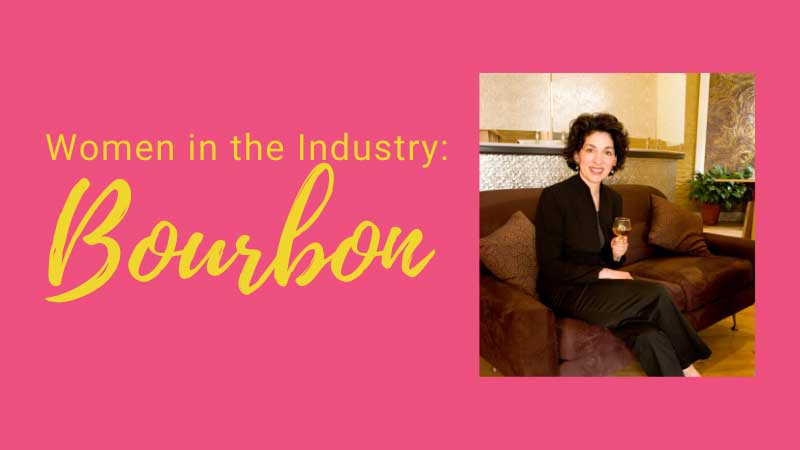 I’ve had a long career with Liquor Barn, over twenty-five years in various roles and positions.  In that time, I’ve had the great fortune of working with and alongside some of the greatest women in the industry.

Like a powerful rising tide, women are re-shaping, re-working, and re-designing the beverage industry as we know it today, reinventing innovation in an industry well-known for innovation over the years.

I’ve tasted barrels and talked scotch with Jane Bowie, from Makers Mark, over the years.  I’ve watched Marianne Eaves blossom from her role at Brown-Forman to a category 5 hurricane-like force.  Elizabeth McCall is now creating her own path with Brown-Forman.  I’ve listened to Andrea Wilson and Pam Heilmann extol the virtues of Michters.  Having Joann Street tell you the family history of the Russell’s and Wild Turkey is an angle on the story not everyone gets to hear.  Linda Ruffenach is a Bourbon Badass, no, really, she wrote a great book, “How to be a Bourbon Badass”.  Maggie Kimberl has emerged as one of the leading voices in whiskey in various media outlet forms from print to screen.  I routinely pick barrels with Susannah Hubler, from Buffalo Trace, and Mandy Vance, from Four Roses, their input on our selections has been invaluable.  I’ve spent many a night talking festivals and their possibilities with Tish Gainey (still waiting on taco and tequila fest, stay tuned).

However, in my opinion, there is one leading light over the last twenty-five years who gave young women in the industry powerful examples on how to maneuver, perform, and eventually lead the charge in their given positions.

Peggy Noe Stevens is a veteran of the modern spirits industry and an Icon of the Whiskey world.

If some of you have sleuthed out that her maiden name was Noe, of the celebrated Noe family and Jim Beam history, you are correct. However, her father did not enter the family business and she chose not to as well.  Right out of college and in need of a job, she took a position with the Hyatt Regency as the catering manager.  This is where she cut her teeth in the industry.  Eventually falling in love with all things entertaining where food and alcohol were involved.

She eventually landed at Brown-Forman where she held the position of Global Events planner that oversaw travel and events for the company, and then later became involved in “brand destinations” such as distillery and winery visitor centers.

In 2008, Peggy forged ahead by striking out on her own.  She started her own consulting company, Peggy Noe Stevens & Associates, because she realized that with the surge of craft distilleries and wineries, that there was a need for someone with true experience in designing, opening, and operating brand visitor centers to help these brands succeed.  Interestingly enough, Peggy’s first client was Jim Beam, whom she helped design and open the American Stillhouse visitor center in Clermont.

After running her own company for a while, she noticed that there was a serious lack of discussion in the industry geared towards women.  She knew that women wanted to talk about bourbon, whiskey, or alcohol in general.  She felt like there needed to be a vehicle to accomplish this.  So, in 2011, she founded the Bourbon Women in 2011.  It has now grown to 10 cities across the United States and is still growing by the day.  She considers this to be one of her favorite accomplishments.  It’s been fun watching the group from their small beginnings to where it’s grown to today.  The Bourbon Women is actually where I’ve spent the most time with Peggy, I’ve had the privilege of doing several great events with her and selecting several barrels with Peggy and the Bourbon Women team over the years, with a couple of their Four Roses selections being some of my favorites from that distillery.  The 2019 Bourbon Women bottle was outstanding.

Peggy has been on quite the journey, she was already the world’s first female Master Bourbon Taster, she was inducted into the Bourbon Hall of Fame in 2019, and last month, I had the pleasure of watching Peggy accept the Whiskey Magazine Icons of Whiskey Hall of Fame award in New York.  What’s her favorite part of the recent accolades? She loves the fact that she is a two-time bourbon Hall of Fame inductee, but she does not work for a distillery and she is not a master distiller.  Indeed, it is quite the accomplishment and recognition for a career helping form what the bourbon world is today.

So, let’s all raise a glass to Peggy Noe Stevens, an Icon of Whiskey, an innovator of industry, for the past, the present, and the future of whiskey.